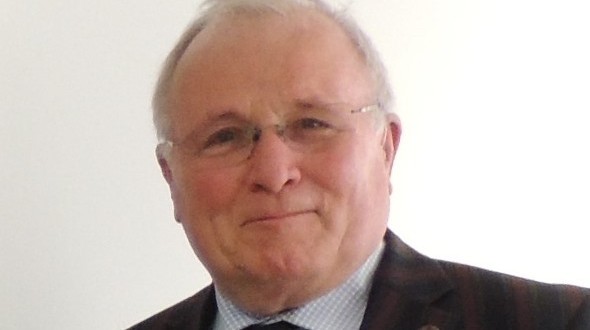 In special cases, the CVA honours members of the CVA and others who have contributed immensely either to the working of the CVA or the veterinary profession with an Honorary Life Membership of the CVA. The CVA has honoured past members such as Jim Archibald, Brian Derbyshire, Amrita Patel, Ann Pryor, Shireen Rahman and more recently Bernard Vallat.

Ever since Dr McCracken was appointed as Programme Director 12 years ago he has been a pillar of strength to the CVA, giving it his valuable advise as well as scouting for possible financial sponsorship.

His contribution in saving PCVC5 at Barbados from a financial disaster by getting Norbrook sponsorship was exemplary. CVA enjoyed Norbrook support for nearly 4 years because of his close friendship with Lord Ballyedmund the owner of Norbrook. Many regional meetings of the CVA were supported by Norbrook in addition to supporting the printing of the JCVA. Dr McCracken was also instrumental in keeping the ties of the BVA and CVA together being the past President of the BVA.

With his retirement from the CVA the CVA will not only be losing a great friend, philosopher and guide but also a great source of inspiration to all of us.

With this background Dr McCracken was awarded an Honorary Life Membership of the CVA.