Don Pancho rises early to attend to his flock, checking that the same amount was there as the night before. He knew them by color, size, shape, mannerisms, and, I dare say, even their unique personalities.

Don Pancho’s farm was located in a village just outside of the town of Corozal, which would have been a viable sugar cane plantation only a few years ago. He spoke often of the days when cane was King.

There were a few young rams that Don Pancho wanted castrated. He asked me to assist with this operation. I gladly agreed and off we went to the barn where over a hundred of them were waiting to be released to go and pasture.

Don Pancho was in his late fifties, early sixties, and in very fit condition. He looked at life positively. Part of his personality was tempered by his interactions with his flock. The dynamics of nature and animal behavior teaches us how to live our lives. Of this, Don Pancho is certain.

On the farm with his flock he learns patience, determination, precision, love and kindness. Catching the six rams that morning was an enjoyable challenge. They ran from one end of the barn to the other in blistering speed. This did not deter Don Pancho in the least. As conversation ensued between man and beast, one-by-one he caught them. Together, we applied the rubber band technique.

We were about to take a break when all of a sudden, we heard the honking of horns. It was two Mennonite gentlemen who said they were brothers-in-laws. They brought along with them their children, eight of them, all brothers and cousins. Their religion did not allow them to drive, so, a Maya/Mestizo Belizean was hired to do the driving.

Of the two Mennonites, only one did the talking, (Let’s call him, Mr. Speaker) perhaps because he was not comfortable communicating in Spanish. They spoke a low-German language, some of which I was able to understand due to its similarity to English as well as the context. They told Don Pancho that they were from Little Belize, a Mennonite community, about an hour away. They learned through word-of- mouth that Don Pancho was one the best sheep farmers.

Mr. Speaker shared that they have to diversify their farming system in order to cope with the changing/challenging times. They were interested in increasing their stock and had come to purchase eight ewes.

One-by-one as the ewes were identified, Don Pancho ably captured them. The Mennonite family wasted no time in tying each one to get weighed on a hook scale. I recorded the weight of each. The two men handed the ewes to the children who were very excited to carry them to the pickup. Each time Mr. Speaker told the children what sounded like “Holdem fort”. I deduced that to mean, hold on to the sheep as strongly as they could, which they all did. If not, they would have run to the bushes where it would have been difficult to capture them.

During my chit-chat with Mr. Speaker, in Spanish, he asked my advice to treat his sheep for bloating. He was glad and thanked me for my advice. After asking for some water to wet his newly-purchased stock, off they went.

Finally, we had time to eat. The meal was delicious: Creole coconut bread with stewed mutton. We then enjoyed casual conversation over a glass of freshly squeezed lime juice, all from Don Pancho’s farm. He was happy to point out that he had his own well.

After taking a quick ride into town, we returned to the farm. Don Pancho shared some of his experiences with lending institutions. The exorbitant interest rates, his friends losing their farms, machinery, their lands, houses, failed projects…etc.

He believed that there had to be a better way. While he was not against credit, he believed that this must be made more affordable and accessible but along with education for the farmers. He said that farmers need to be more organized to meet market demands. This, he believed, can only be achieved when farmers are educated. By this he meant that producers must learn from the best practitioners. Don Pancho had already made some contact with a big producer in Puebla, Mexico and intended to make a trip there to see how production was done and also to buy improved breeds to add to his stock.

The flocks grazed on two adjacent parcels separated by a dirt road. The grass was all natural but Don Pancho was already making plans to plant some improved grasses and legumes.

By honking the horn of his pickup truck, his flocks understood that they were too close to a neighbours’ sugarcane field and quickly changed direction. Just last year there was a problem with a neighbor who complained that his field was destroyed by Don Pancho’s Sheep. He had claimed an exorbitant sum.

A friend of Don Pancho came by; a Belizean retiree, originally from Belize City. He had made Corozal his home after many years in the USA.

A loud company of parrots flew over as if to remind the sheep, and us, that the day’s work was done. We sat and watched, enjoying nature until the mosquitos came and really got us to move away.

Both men enjoyed spending time watching the sheep as they grazed. They pondered and imagined a bigger flock to meet the growing demand for mutton in Belize. By sunset all the sheep were in. None had strayed this time. They drank their fill of well-water and were soon locked away for the night. All of us soon headed back home for our evening meal. Don Pancho would return a few hours later to spend the night and watch over his flock. 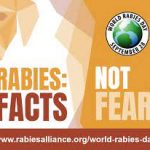 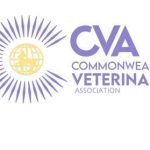 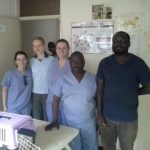